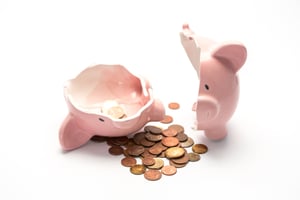 As we are discussing during our year-end tax planning meetings with all of our McDonald’s clients, President-Elect Joe Biden has expressed support for major changes to federal income tax laws, including both businesses and individuals, which would affect McDonald’s Owner/Operators.

With control of the Senate still up in the air, it’s unknown which of his plans may come to fruition, but it’s still wise to learn about his plans, especially as you start working on year-end tax planning. For a more detailed explanation of the changes supported by Biden, refer to our previous article found here.

We’ve studied his tax plans and have run some examples of what Biden’s tax plans could potentially cost a McDonald’s franchisee if they became law. Learn how you might be impacted in our example below.

Every McDonald’s restaurant is different based on location and other factors; with that said, here are the assumptions we will be using for our example.

Under current law, the $370,000 would be further reduced by the 20% QBI (Qualified Business Income) Deduction – which is a federal benefit initiated by the Trump administration about three years ago. This $74,000 QBI deduction reduces your federal taxable income from this restaurant to $296,000.

As a result, instead of paying federal taxes on $370,000, you would pay taxes on $296,000. A simplified calculation using the highest federal income tax rate of 37% would result in federal taxes of approximately $110,000 on this amount of income. State taxes have not been included in this example because they vary from state to state.

Under Biden’s proposal, this QBI deduction would be phased out for taxpayers with more than $400k of adjusted gross income. Using the same amount of taxable income ($370,000) but excluding the benefit of the QBI deduction, would result in taxable income of $370,000 vs. $296,000.

Additionally, Biden has proposed increasing the 37% tax bracket to 39.6%. Applying these changes to this restaurant example, personal income taxes would be approximately $150,000, for an increase of $40,000 over current tax law.

While we can’t predict which of Biden’s proposed tax changes may or may not become law, we recommend all McDonald’s franchisees engage their CPA in a discussion to get a clear picture of how their individual tax landscape will be impacted by these potential future tax changes, if enacted.