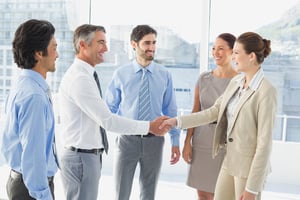 Employee stock ownership plans (ESOPs) provide tax-saving opportunities for business owners who want to cash out and transfer ownership to employees without immediately giving up control of the business.

However, valuing stock held by an ESOP is an ongoing challenge for the fiduciaries who administer them, especially when the sponsoring company is privately held.

An ESOP is a type of qualified retirement plan that invests primarily in the sponsoring company's stock. There are about 6,500 ESOPs and equivalent plans in the United States today, employing roughly 14 million U.S. employees, according to the National Center for Employee Ownership.

ESOPs are subject to the same IRS and U.S. Department of Labor (DOL) rules as other qualified retirement plans, including minimum coverage requirements and contribution limits. The fair market value of the sponsoring company's stock is important, because the DOL specifically prohibits ESOPs from paying more than "adequate consideration" when investing in employer securities.

In addition, employees who receive ESOP shares typically have the right to sell them back to the company at fair market value — similar to a put option — within certain time windows. In other words, the ESOP essentially provides a limited market for its shares.

The Employee Retirement Income Security Act of 1974 (ERISA) requires trustees to obtain valuations by independent professionals to support ESOP transactions. A valuation is needed when the ESOP initially acquires shares from the company's owners and each year thereafter that the corporation makes contributions to the plan. The owners also may decide to obtain an informal valuation before the ESOP is set up to help evaluate whether it's a feasible exit strategy.

The DOL usually prevails in litigation involving ESOP valuations, but it suffered a significant defeat in Walsh v. Bowers (No. 18-00155 SOM-WRP, D. Hawaii Sept. 17, 2021). In this case, the DOL claimed that the ESOP overpaid for stock in a privately held engineering firm. The federal district court rejected this claim because the DOL's valuation expert relied on flawed valuation procedures and assumptions, including:

The court also noted that the trustee who administered the ESOP demonstrated prudence and diligence by negotiating favorable terms to finance the purchase, saving the ESOP millions of dollars.

Choose Wisely for an ESOP Valuation

To withstand IRS and DOL scrutiny, valuators who perform ESOP work must be qualified and independent. That is, they should be credentialed in business valuation, specialize in the ESOP appraisal niche, and lack financial interests in the sponsoring company or the fiduciaries who administer the plans.

Contact us for help valuing company stock for a new or existing ESOP.