C Corporations: How to Cash Out and Save Taxes 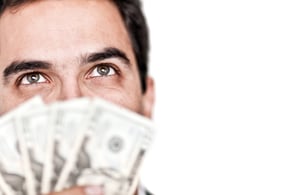 It's unclear how long today's taxpayer-friendly rate environment will last. C corporation shareholders may want to hedge their bets by taking proactive measures to minimize the overall tax hit on corporate income.

Here's a possible strategy that may allow owners to cash out corporate wealth at a relative low tax cost, while providing several other long-term tax benefits.

The flat 21% corporate tax rate is permanent, unless Congress passes legislation to repeal or modify it. In contrast, the reduced rates for individual taxpayers under the Tax Cuts and Jobs Act (TCJA) are scheduled to expire at the end of 2025. And they could end much sooner, depending on political developments.

In this favorable — but uncertain — tax environment, it could be advantageous for shareholders of profitable C corporations to arrange to pay corporate dividends to themselves. Here's the story behind this potential tax-saving strategy.

C Corporation Taxes After the TCJA

To demonstrate the total amount of federal income taxes that would be paid on corporate income distributed as dividends to shareholders, consider this example.

ABC Company is a profitable business venture that's owned by individual taxpayers and is operated as a C corporation. The corporation pays out most or all of its after-tax profits to the shareholders as taxable dividends that qualify for the 20% maximum federal rate.

Individual Taxes after the TCJA

For 2021 through 2025 these rate brackets will be further indexed for inflation, assuming the TCJA remains in place.

This taxpayer-friendly tax rate environment probably won't last forever. In fact, the rates for individual taxpayers are scheduled to revert back to the pre-TCJA rates after 2025. Of course, that could happen much sooner, depending on politics. So, it could soon be a lot more expensive to convert theoretical C corporation wealth into cash.

To avoiding missing out, shareholders in profitable C corporations can consider making some moves to take advantage of the current relatively low federal income tax rates on dividends and long-term capital gains. One possible tax-savings strategy is to pay out corporate distributions while tax rates are still low.

Over time, profitable C corporations can build up a hefty amount of earnings and profits (E&P). E&P is somewhat analogous to retained earnings. While lots of E&P indicates a financially healthy company, it also creates tax concerns for two reasons.

First, to the extent a C corporation has current or accumulated E&P, corporate distributions to shareholders count as taxable dividends. (See "Refresher on Corporate Distribution Tax Rules" below.) Because the federal income tax rate on dividends received by individuals in 2020 (or 2019) can't exceed 23.8%, dividends paid in those years will be taxed relatively lightly (assuming no retroactive tax increase is imposed for 2020 after the election).

The situation could be much worse in 2021 and beyond if tax rates on dividends increase. Therefore, C corporation shareholders should weigh the certainty of triggering a manageable current tax hit by taking dividends now against the possibility of taking a bigger (but deferred) tax hit on dividends received in future years.

Second, when a C corporation retains a significant amount of earnings, there's a risk that the IRS will hit the company with the dreaded accumulated earnings tax (AET). The AET is a corporate-level tax assessed by the IRS (as opposed to a tax that is paid voluntarily with a tax return). The IRS can assess the AET when:

When the AET is assessed, the tax rate is the same as the maximum federal rate on dividends received by individuals.

There are several favorable side effects to paying out distributions in today's taxpayer-friendly rate environment. First and foremost, this strategy allows shareholders to cash out corporate wealth at a relatively low tax cost. Assuming no retroactive tax increase for 2020, the maximum federal income tax rate on corporate distributions paid in 2020 (and 2019) is 23.8%.

In addition, this strategy can help lower or eliminate the company's exposure to the AET in future years when the AET rate could be much higher. For example, the AET could skyrocket if Congress passes legislation in the future to tax dividends at higher ordinary income rates (as was the case before the Bush tax cuts).

Finally, this strategy could result in better tax treatment for future distributions. To the extent that distributions are classified as taxable dividends, they reduce the corporation's E&P dollar-for-dollar.

Right for Your Business?

Paying dividends in 2020 could have some beneficial side effects. But it's important to remember that this strategy will typically trigger current tax liabilities that could otherwise be deferred.

Therefore, the cost of paying lower taxes now on corporate distributions must be balanced against the expected benefit of avoiding higher taxes if those same distributions were taken in future years.

Contact us to determine whether this strategy is right for your specific situation.