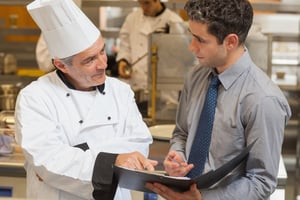 After decades in limbo, regulations that clarify certain overtime pay practices have been released by the U.S. Department of Labor. The newly finalized rules explain how to calculate overtime pay for nonexempt salaried employees using the "fluctuating workweek" method.

Use of this method to calculate overtime pay currently affects only around 700,000 employees. But these rules "may encourage some employers to switch" to using it, said the DOL. The agency also expects that some employers will move hourly employees to salaried status to take advantage of the new rule.

One potential outcome of using the FWW method is lowering the cost of overtime pay. For that reason, when the rule was proposed, it was criticized by labor groups. In defending the rule, the DOL conceded that while the lower overtime pay scenario could happen, "the same employer could also reduce the employee's earnings by the exact same amount by lowering the employee's weekly rate of pay."

The FWW methodology is far from new; the DOL issued its first "interpretive bulletin" on FWW in 1940. It was legally challenged but upheld by the U.S. Supreme Court in 1942. To help understand the FWW method, let's start with an explanation of the conventional calculation method.

Suppose a nonexempt salaried employee has a weekly salary of $600, based on a 40-hour workweek, and in a particular week, he works 10 hours of overtime. His pay would increase from $600 to $825, calculated as follows:

Under the FWW calculation method, the employee's normal weekly salary ($600) is divided by the total hours worked (50) to create a new hourly pay rate and overtime rate. His total pay would be $660, calculated as follows:

In principle, if the employee worked only 30 hours one week, he'd still earn his $600 salary, but his hourly equivalent pay would be $20. That's what motivates employers to keep salaried employees busy for 40 hours week, if their pay is based on a full week's work.

The new regulations sought to clarify legal confusion (various federal courts had conflicting opinions) about the impact of using the FWW calculation when employees are also earning special financial incentives.

A timely example could be extra pay for working in a setting where the risk of being infected by COVID-19 is higher than normal. Or simply paying employees more for working on the weekend, even if the total workweek didn't exceed 40 hours. Many employers believed that providing this extra pay to nonexempt salaried workers would make them ineligible for using the FWW method of overtime pay calculation.

The regulations make it clear that the two practices aren't incompatible. However, the extra pay would be added to the employee's regular weekly wage when determining overtime pay amounts.

So, suppose the employee received an extra $100 per week for weeks he worked during the worst of the COVID-19 pandemic. Using the illustration above, $700 instead of $600 would be used (dividing it by 40) to determine the base wage for calculating any overtime earnings. Assuming he earned a bonus of $100 and worked 50 hours, his total paycheck would be $770, calculated as follows:

The new regulations use the following language to describe the types of extra pay that can supplement a base weekly salary without jeopardizing an employer's ability to use the FWW method: "Any bonuses, premium payments, commissions, hazard pay, or other additional pay of any kind."

In its discussion of the FWW method, the DOL noted that the method "is also appropriate where an employee is compensated through piece rate, job rate, or day rate arrangements."

Whether the method makes sense for you will depend on your unique circumstances, including how often your nonexempt salaried workers already put in overtime (and that you calculate their overtime pay in the conventional manner), and whether you would like to increase the number of overtime hours such employees work.

Note: Several states, including California, Pennsylvania, New Mexico and Alaska, don't allow employers to use the FWW calculation method. Check your state's laws as you consider using this approach to managing overtime costs.