The Tax Cuts and Jobs Act permanently eliminated deductions for most business-related entertainment expenses paid or incurred after 2017. For example, you can no longer deduct 50% of the cost of taking clients out for a round of golf.

However, questions have lingered about whether certain expenses can still be deducted after the TCJA. For example, can you deduct 50% of the cost of a business-related meal under current law — or would that now be considered a totally nondeductible entertainment expense? 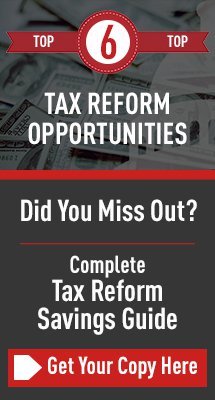 For purposes of the TCJA's general deduction disallowance rule, what is considered an entertainment expense? The term "entertainment" means any activity that's generally considered to constitute entertainment, amusement or recreation. Examples include entertaining at bars, theaters, country clubs, golf and athletic clubs, and sporting events. Hunting, fishing and spa trips also would qualify as entertainment.

Entertainment does not include activities that may satisfy personal, living or family needs of an individual but that are clearly not regarded as constituting business-related entertainment. Examples of these expenses include an employer providing hotel lodging for employees who are traveling on business. On the other hand, providing a hotel room or automobile to an employee who's on vacation would constitute personal entertainment of the employee and would, therefore, be subject to the disallowance rule.

For example, a theatrical performance would generally be considered entertainment. But that wouldn't be the case for a professional theater critic who's attending a performance in his or her professional capacity. The critic could deduct 100% of the cost of the ticket as a business expense. Similarly, if a clothing manufacturer conducts a fashion show to introduce new products to a group of store buyers, the show wouldn't be considered entertainment. The clothing manufacturer could deduct 100% of the cost of the show.

For purposes of the general disallowance rule for entertainment expenses, the term "entertainment" doesn't include food or beverages unless two conditions are met:

If the venue doesn't segregate food and beverage costs, a taxpayer can't use a do-it-yourself allocation of costs between the entertainment and the food or beverages. In this situation, the entire cost is treated as a nondeductible entertainment expense.

The new proposed regulations also address the treatment of so-called "business meals," as well as meals while traveling on business. In general, 50% of the cost of such meals can be deducted, as before the TCJA. These costs include the cost of food and beverages, along with any delivery fees, tips and sales tax.

Business Meals: Taxpayers can still generally deduct 50% of business meal expenses under the TCJA, as under prior law. However, no deduction is allowed for any food or beverages provided by the taxpayer or an employee of the taxpayer to another person or persons unless three conditions are met:

Meals While Traveling on Business: The general rule is that 50% of the cost of meals while traveling on business can still be deducted under the TCJA, as under prior law. The longstanding rules for substantiating such meal expenses still apply.

The new proposed regulations also reiterate the longstanding rule that no deductions are allowed for meal expenses incurred for spouses, dependents or other individuals accompanying the taxpayer on business travel (or accompanying an officer or employee of the taxpayer on business travel), unless the expenses would otherwise be deductible by the spouse, dependent or other individual.

Until final regulations are issued, taxpayers can rely on the guidance in the new proposed regulations for the federal tax treatment of business-related entertainment expenses and food and beverage costs that are paid or incurred after December 31, 2017. Feel free to contact us with any questions or for personalized assistance.