Does Your Company Do Business Online? Be Aware of New Sales Tax Rules 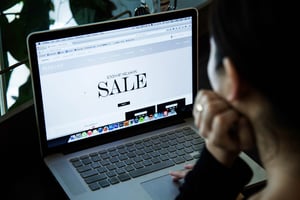 A new U.S. Supreme Court ruling paves the way for states to require Internet sellers to collect sales tax from consumers — even if they don't have a physical presence in the state. In doing so, the Court has reversed the long-standing, but controversial, precedent in Quill v. North Dakota.

Sales and Use Tax Basics

At last check, 45 states plus the District of Columbia impose a sales tax on businesses located within the state. (Only Alaska, Delaware, Montana, New Hampshire and Oregon don't.) Each business is required to collect this sales tax from consumers when transactions happen. In addition, states with sales taxes have a "use tax" that effectively mirrors the sales tax. The use tax applies when businesses don't collect sales tax, but have merchandise delivered into the states.

Thus, the sales tax and use tax of a state are mutually exclusive. In other words, either the sales or use tax applies to a transaction, but not both.

For many years, businesses — from big-box retailers to boutiques on Main Street — have collected and remitted sales and use taxes to state authorities. But then the landscape changed dramatically with the proliferation of online sellers.

Initially, there was no clear-cut consensus about sales tax responsibilities for Internet-based sellers. However, states quickly recognized an opportunity to generate tax revenue. Because their efforts were aimed mainly at merchandising giants like Amazon, the laws designed to impose sales tax on these sellers were often dubbed "Amazon laws." Currently, Amazon voluntarily collects sales tax for products it sells directly (but not on third-party purchases).

In the 1992 Quill case, the U.S. Supreme Court ruled that states can force online sellers to collect and remit sales and use taxes only if the business has a presence or "nexus" in the state. Generally, this required the entity to maintain a physical presence in the state, such as a warehouse or delivery center. Otherwise, the online sellers weren't legally responsible for this obligation.

To further complicate matters, several states — including California and New York — ramped up their efforts to collect sales tax from Internet sellers by expanding on the basic concept of nexus. This has led to a bewildering quilt of state laws on this issue. At the same time, Congress wrestled with proposed legislation that would impose sales tax collections on a national basis, while traditional brick-and-mortar store owners protested their competitive disadvantage. However, no legislation has been enacted by Congress. So, the decision was left up to the Supreme Court. 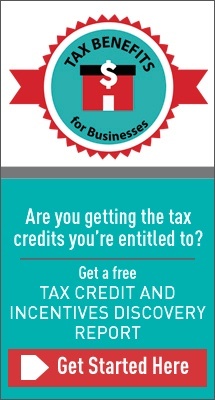 Similar to other states, South Dakota enacted legislation in 2016 that requires all merchants to collect a 4.5% tax if they received more than $100,000 in annual sales or more than 200 individual transactions from residents within the state. When three large online retailers — Wayfair, Overstock.com and Newegg — failed to comply with these standards, the state sued them. Justice Anthony M. Kennedy, who wrote the majority opinion, noted that online retailer Wayfair, in particular, has played up the omission of state sales taxes in its advertising materials.

The lower courts ruled in favor of the online sellers. Now the Supreme Court's reversal turns the tide.

Justice Kennedy emphasized the way that the retail marketplace has changed since Quill was decided back in 1992. At that time, mail-order sales totaled $180 billion. In 2017, e-commerce retail sales alone were estimated at $453.5 billion. Combined with traditional remote sellers, the total exceeded $500 billion last year.

"When it decided Quill, the Court could not have envisioned a world in which the world's largest retailer would be a remote seller," the opinion states. "…The Internet's prevalence and power have changed the dynamics of the national economy."

According to the Court opinion, the costs of complying with different tax regimes in this electronic age are largely unrelated to whether a company happens to have a physical presence in a state.

However, the majority opinion leaves the door open for some transactions to be exempt from sales tax collections if they're tiny or random. In addition, the Court offered no guidance as to whether the individual states can seek to collect sales tax retroactively.

How Should Online Retailers Respond?

The new ruling will exert pressure on online sellers, including those that also maintain physical locations in stores and businesses that operate out of basements and garages. There's no one-size-fits-all approach. Accordingly, retailers should consider taking these seven steps in the wake of the Wayfair decision:

It will take time to unravel all the implications, and federal legislation may still be coming in this area. Fortunately, we can help you determine how to proceed. We have decades of multi-state sales tax experience. Contact us for more information.