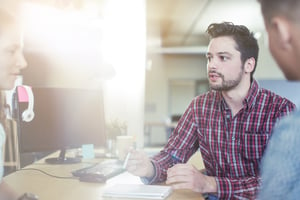 Most nonprofit executives are aware of the prohibition against private inurement. Generally, nonprofit directors and executives — and their family members — aren't allowed to personally benefit from their positions while putting their organization at a disadvantage.

Penalties for violating the private inurement mandate could include financial sanctions for violators and, in the rare worst-case scenario, loss of the organization's tax-exempt status.

Usually, violations involve large organizations, yet smaller charities aren't immune. But whether a nonprofit is large or small, there are three areas where private inurement violations typically occur.

The IRS often flags certain compensation arrangements for unduly benefitting nonprofit executives. In general, nonprofit officers and other employees should be paid "reasonable" amounts for services actually rendered. Otherwise, the executive might owe additional tax — plus interest and penalties.

You can head off potential problems by following these best practices:

Despite what many people think, the IRS doesn't prohibit all ties between nonprofits and insiders. In some cases, not-for-profits may be able to take advantage of certain relationships. For example, if you have board members who are accounting or legal experts, it probably makes sense to put their expertise to good use.

What you can't do is allow board members to enrich themselves in a way that's detrimental to your organization. To prevent this:

If you nevertheless choose to work with businesses with insider connections, keep detailed records of the discussions during which the decisions were made and retain bids you obtained from competitors.

Can insiders receive benefits as clients of their nonprofit? Although there's no outright prohibition, you must tread carefully in such situations. Again, prohibitions against private inurement prevent individuals from unjustly enriching themselves at their organization's expense. However, receiving benefits as a member of a charity's target population doesn't, by itself, constitute unjust enrichment.

Here's an example of how tricky such situations can become: A board member's daughter has applied for a scholarship from the nonprofit. If the daughter receives a scholarship, parents of other children might claim she enjoyed an unfair advantage and was helped by her mother's board position.

To avoid the appearance of private inurement, insiders in such cases should recuse themselves from any direct involvement in the decision. Those responsible for awarding scholarships should keep records of their objective decision-making process.

Private inurement may seem like an obvious no-no. But you're likely at some point to encounter a situation where the "right" decision isn't so clear. For example, some nonprofits have a hard time competing with for-profit businesses for executive talent because they're restricted from offering higher compensation.

But maintaining written policies against private inurement can help you navigate most situations. Consult tax and legal advisors if you aren't sure whether your nonprofit's insiders are acting appropriately and following the law.