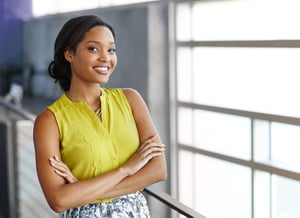 The U.S. Department of Labor has recently taken action on the criteria for determining independent contractor status, rescinding regulations that were enacted as recently as two weeks prior to President Biden's inauguration in the last days of the Trump administration. That means what's old is new — the regulations in force now are left over from previous administrations.

However, the DOL is taking public comments on its action until April 12. It's possible that the agency may fine-tune the old-is-new regulations in the future.

In the case of the independent contractor regulations, employers may be required to reclassify gig workers as employees. This change would give affected workers all the financial benefits and Fair Labor Standards Act protections enjoyed by regular employees.

The legal bar for supporting independent contractor status at the federal level has ebbed and flowed over the years, while some states have laid down their own standards. For example, President Biden has spoken favorably of California's standards. Under California law, independent contractor status must be justified by the presence of all three of these conditions, known as the ABC test:

The rescinded Trump-era rule also stated that "the actual practice of the parties involved is more important than what may be practically or theoretically possible." For example, if workers had the ability to negotiate their terms of work in the way an independent person might do, but never took advantage of that opportunity, the worker's mere ability to conduct such negotiations wouldn't support an argument that the worker should be treated as an independent contractor.

A Need for Change

The DOL explained its decision to rescind the Trump administration's change in the independent contractor status criteria this way: "Courts and the [DOL] have not used this [economic reality] test, and the FLSA does not support it." It also stated that the Trump administration's regulation "would minimize other factors courts have traditionally considered, making the economic test less likely to establish that a worker is an employee."

So, for now at least, additional worker status determination variables that had been subordinated are now to be given more weight, as they were prior to changes made during the Trump administration. A key criterion is the degree of permanence of the working relationship between a worker and the potential employer.

The IRS also has a stake in the employment status determination due to its role in collecting payroll taxes. "There is no magic or set number of factors that 'makes' the worker an employee or independent contractor, and no one factor stands alone in making this determination…. Factors which are relevant in one situation may not be relevant in another," the IRS states on its website.

If you think any workers you're treating as independent contractors might be deemed employees, now is a good time to take a fresh look at the situation.

The U.S. Department of Labor has rescinded Trump-era regulations on "joint employer" status. This action increases the odds that large companies that use franchisees to distribute their products and services might find themselves in the hot seat. Revisions to the now-dropped joint employer regulations took effect March 16, 2020. They make it harder for a company that uses franchisees to be deemed to share the role and responsibilities associated with employing people who, for all practical purposes, are employed by the franchisee.

Joint employer status, under the rescinded regulations, was deemed to exist only if the potential joint employer:

Those regulations came under fire in the federal court system. In 2020, the U.S. District Court for the Southern District of New York shot down significant portions of rules, asserting in part that the DOL's interpretation of the FLSA and previous court rules on the issue was "arbitrary and capricious" and violated a federal law called the Administrative Procedures Act. The DOL cited that ruling in rescinding the revised joint employer regulations.

"Rescinding these rules would strengthen protections for workers," stated the DOL. For franchisees, the practical effect could be greater scrutiny of their labor practices by their franchisors.

Worker classification is a complex issue that varies based on the situation. Recent changes to the DOL regs warrant a review of how you're currently classifying workers to determine whether you'll need to add more workers to your payroll. This could result in higher salaries, wages and benefits costs for 2021. Contact us and your HR advisors about how to classify workers for tax and regulatory purposes.