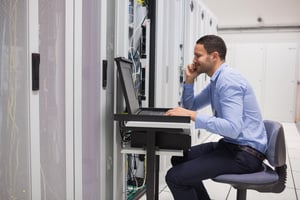 Under today's federal income tax rules, your business may be able to claim big first-year depreciation write-offs for eligible assets that are placed in service in the current tax year.

But that strategy might not be right for every small business every year. Here's what you should know before claiming 100% first-year bonus depreciation or first-year Section 179 deductions.

Finally, if your business operates as a pass-through entity — such as a limited liability company (LLC), partnership or S corporation — the $1.04 million Sec. 179 deduction maximum, the $2.59 million deduction phaseout threshold and the business taxable income limitation apply at both the entity level and your personal level. The interactions of these limitations can cause allowable Sec. 179 deductions for a year to be less than expected.

If your business's federal income tax planning objective is to minimize taxable income for the year that depreciable property is placed in service, claiming big first-year deductions for eligible property is a good idea. But there are three reasons you may opt to depreciate assets placed in service in 2020 over time, rather than claim first-year depreciation write-offs.

On the other hand, for QIP held for more than a year, gain attributable to straight-line depreciation is so-called "unrecaptured" Sec. 1250 gain that's taxed at a maximum individual federal rate of 25%. If you opt to depreciate QIP over 15 years, you must use the straight-line method. The tax advantage is that there's no high-taxed Sec. 1250 ordinary income recapture on gain from selling QIP that has been depreciated using the straight-line method. There's only unrecaptured Sec.1250 gain that's subject to the 25% maximum federal rate for individual taxpayers.

In short, claiming bonus depreciation and/or Sec. 179 deductions for QIP can cause a higher federal income tax rate when the property is sold than if you depreciate QIP straight-line over 15 years. If you plan to hold the property for many years, however, the tax rate differential issue is less important.

Claiming big 100% bonus depreciation and/or Sec. 179 deductions for assets placed in service in the 2020 tax year might result in an NOL that could be carried back to a prior tax year to recover federal income tax paid for that year. So, claiming big 2020 first-year depreciation write-offs isn't necessarily a bad idea, especially during the COVID-19 crisis. A cash-strapped taxpayer could benefit from an NOL carryback and the resulting tax refund.

This is an election year, and anything could happen in the future. Before choosing when to claim depreciation deductions on qualifying business assets — in the first year they're placed in service or over time — discuss the matter with your CPA. We can help determine what's right for your small business, based on current and prospective federal income tax rules. Contact us for assistance.