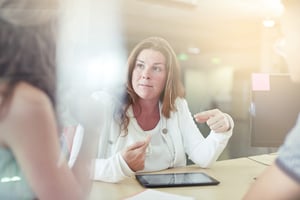 The Department of Labor's Employment and Training Administration reports "unprecedented increases in unemployment insurance claims amid the pandemic and related surges in fraudulent filing in states' systems by sophisticated criminal rings." This has caused widespread problems for states, employers and employees alike.

Innocent employees have had claims filed in their names, employers are winding up with higher UI premiums, and some state UI systems have been unable to keep up with the increased work necessary to fight the fraud. In response, the ETA has issued guidance to state UI departments on stricter standards for verifying the legitimacy of claims before paying benefits.

The explosion in sophisticated criminal activity is in addition to lower-level fraud perpetrated by former employees. Some laid-off workers who receive UI benefits may not report their new working status when they become reemployed. Or laid-off employees may claim they're meeting eligibility requirements for unemployment benefits, such as actively looking for work, when they aren't doing so.

READ MORE: Unemployment: Which States Opted Out and How to Reboard Returning Employees

How does UI fraud come to light? Here are some common scenarios:

What can your organization do to keep ineligible claims from being charged to your UI account? Your first line of defense is to carefully scrutinize any notifications you receive from your state employment agency when a UI claim is filed. For example, an individual might indeed have been a former employee, but if his or her employment wasn't recent enough, you might not be liable. Keeping your state employment agency up to date can help prevent such claims.

If you receive a notice about a former employee, review the circumstances of the worker's departure. If the person voluntarily resigned or was terminated for "cause," that individual is likely ineligible for unemployment benefits.

Given that much of the UI fraud involves identity theft, make sure that employees understand that their personal data may be at risk and provide training to prevent hacks. For example, ensure they don't click on links and attachments contained in emails from unfamiliar senders. Also, your own organization's cyber defense strategy should be continually updated to protect not only HR files, but also customer records, intellectual property and other critical data.

If an employee's name is used in a false UI claim, learn as much as you can about the extent of the fraud. This will help you determine what you and your employees might be facing — whether its unemployment benefit filings or more widespread identity theft. If you determine that your organization has been hacked, be sure to notify all affected individuals and work with your IT department to take immediate steps to guard against further attacks.

To help support affected workers, direct them to identity theft pages on the Federal Trade Commission website at FTC.gov. The FTC is the government's primary consumer protection agency and fraud authority. Ensure that employees have reported any false UI claim to their state and received a written response from the state acknowledging that the claim has been marked as fraudulent. You might also direct workers to regularly check their credit reports for signs of identity theft.

Working with the State

If UI benefits are paid to a fraudster who has used the identity of one or more of your employees and the fraudulent payments were charged to your UI account, you may have to work with the state unemployment agency to rectify the matter. Your prospects for winning this battle are better if you've kept the agency up-to-date, and perhaps even alerted the agency about potential false claims.

An improving economy and falling unemployment are expected to reduce UI fraud. But it would be a mistake to assume these schemes will disappear anytime soon. Fraud perpetrators are always on the lookout for opportunities to fleece companies and individuals.