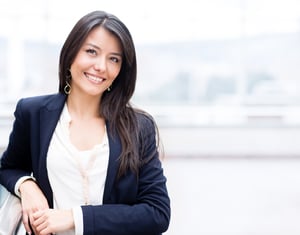 The Tax Cuts and Jobs Act contains an often-overlooked crackdown on seven-figure compensation amounts paid to the highest earners. Essentially, beginning in 2018, your nonprofit organization could be charged a hefty excise tax if it pays more than $1 million to certain "covered" employees.

The IRS issued final regulations in early 2021 that generally mirror proposed regs released in 2020 and guidance provided in Notice 2019-09. The new regs, which fall short of wholesale changes requested by nonprofits and other members of the tax community, went into effect on January 15, 2021.

But technically, they don't apply until tax years beginning after 2021. So you still have time to get up-to-speed.

Under the law, the definition of "covered" employees includes an organization's five highest-compensated employees (HCEs) for the current tax year, based on remuneration paid in the calendar year ending with or within the fiscal year. It also includes any individual who was a covered employee for any preceding tax year beginning after 2016. Note: There's no minimum dollar threshold for covered HCEs for purposes of this calculation.

The excise tax kicks in if a covered employee receives remuneration of more than $1 million in a tax year. The tax applies to the portion above $1 million, not the entire amount, and is equal to the corporate tax rate — currently a flat 21%. For these purposes, "remuneration" includes wages paid that are subject to federal income tax withholding, such as salary and bonuses, plus amounts included in gross income under a nonqualified deferred compensation plan.

Here's an example of how easily compensation can exceed $1 million:

Notice 2019-09 and the 2021 final regulations provide several clarifications to the law regarding covered individuals. Specifically:

The IRS also provides guidance on reporting. The tax must be reported on Form 4720, "Return of Certain Excise Taxes Under Chapters 41 and 42 of the Internal Revenue Code." However, the IRS has compiled data showing that many nonprofits are failing to meet the reporting requirements when one of its covered employees exceeds the $1 million threshold.

READ MORE: Time to Make a Change? 6 Steps to Streamline An Auditor Transition

Although the IRS hasn't necessarily made all the changes to excess compensation rules desired by nonprofit organizations, you must be prepared to comply. If you're assessed an excise tax, pay it promptly. Contact us for assistance.