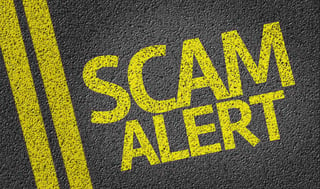 With tax season in full swing, the IRS this week issued a new tax scam alert over significant reports of scammers calling under the guise of verifying tax return information over the phone.

The attempted sham involves scammers posing as IRS agents calling to say they have your tax return and need to verify details to process it, the IRS said. The scammers ask for personal information such as a Social Security number or bank numbers and credit cards.

“Don’t be fooled,” IRS Commissioner John Koskinen said in a press release. “The IRS won’t be calling you out of the blue asking you to verify your personal tax information or aggressively threatening you to make an immediate payment.”

The IRS has issued multiple scam warnings this tax season, including an alert about a 400 percent increase in email phishing scams.The Treasury Inspector General for Tax Administration also issued its own warning earlier this year, after receiving reports of roughly 896,000 phone scam contacts since October 2013 and have become aware of over 5,000 victims who have collectively paid over $26.5 million as a result of the scam.

Here are some things the scammers often do but the IRS will not do, the agency said. The IRS will never:

If you get a phone call from someone claiming to be from the IRS and asking for money or to verify your identity, here’s what the IRS advises you should do:

If you don’t owe taxes, or have no reason to think that you do:

If you know you owe, or think you may owe tax: