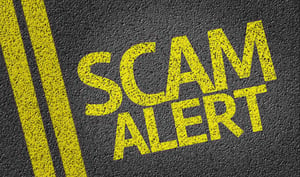 The effort – known as the Security Summit partnership – was created in March 2015. It has led to stronger federal and state tax systems including important new protections for taxpayers – which take on even greater importance given recent high-profile data breaches.

“We’ve seen the number of identity theft-related tax returns fall by about two-thirds since 2015. This dramatic decline helped prevent hundreds of thousands of taxpayers from facing the challenges of dealing with identity theft issues,” IRS Commissioner John Koskinen said in a press release. “But we have much more work facing us. As we evolve, so do the cybercriminals here and abroad. We must constantly be on guard.”

Included in the 2018 safeguards is increased emphasis on identity theft protections for business returns in the Form 1120 and 1041 series. The IRS will be asking tax professionals to gather more information on their business clients. The data being collected assists the IRS in authenticating that the tax return being submitted is actually a legitimate return filing and not an identity theft return. Some of the new questions people may be asked to provide when filing their business, trust or estate client returns include:

To help businesses and business return preparers, the IRS has created a new Identity Theft Guide for Business, Partnerships and Estate and Trusts.

Since 2015, the IRS has put in place numerous safeguards as the federal, state and private sectors worked together. For example, the tax industry shares dozens of important data points from returns that help the IRS and states identify potential identity theft fraud. Password protocols for both individual and tax professional software have been enhanced. States have worked with financial institutions to create their own program to help identify suspect refunds. The IRS continues to pilot a Form W-2 Verification Code that helps verify income information and employers.

Among the highlights seen by the IRS since 2015:

The IRS and its Security Summit partners are already looking at how to refine existing protections and add new ones for the 2018 filing season. For example, Summit partners will be sharing more data points from tax returns than in the past.

Also for 2018, there will be a new “Verification Code” box included on all official Forms W-2 for the first time. Many taxpayers will see a 16-character code on about 66 million Forms W-2 to assist with authenticating the Form W-2. Taxpayers preparing their own returns and tax professionals are urged to enter the code if the box contains the 16-digit number.

Due to security concerns, not everything the partners do is visible to the public or fraudsters. For example, the Summit partners continue to implement information sharing in the Identity Theft Tax Refund Fraud Information Sharing and Analysis Center (ISAC) where emerging identity theft schemes and alerts are shared within the partnership. So far this year, 67 security alerts have already been shared through this process.