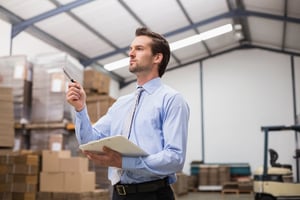 Manufacturers often own the building, or several buildings, where their goods are produced for public consumption. Normally, it takes almost four decades to fully recover the cost of a commercial property through depreciation deductions.

Fortunately, there's a viable alternative that can help. By commissioning a cost segregation study, a manufacturer may be able to claim much faster write-offs. Furthermore, these tax benefits have been enhanced by the Tax Cuts and Jobs Act.

Cost segregation allows a business to recoup its investment in qualified property faster than usual. Generally, a commercial property must be depreciated over a 39-year period for federal tax purposes.

A cost segregation study identifies various building components that may be classified as personal property or land improvements, which are subject to shorter write-off periods. For instance, some property may be classified as five-year, seven-year or 15-year property eligible for accelerated depreciation methods. Land improvements are depreciated over 15 years using the 150% declining balance method.

As a general rule, "personal property" is defined in IRS regulations as tangible depreciable property (other than buildings and their structural components) used in certain industries, such as manufacturing, as well as several other specialized types of property.

Prior case law has held that parts of a commercial building may be treated like personal property if they relate only to the equipment used in a business located in the building instead of maintenance or operation of the building (for example, electrical systems and removable carpeting).

READ MORE: The Top 7 Tax Benefits for Manufacturers in 2021

Manufacturers that acquire a building may benefit from three depreciation-related tax breaks for building components identified in a cost segregation study:

Section 179 deduction: Under this tax code provision, a business can immediately deduct the cost of qualified property placed in service during the year, up to a specified limit. But the Sec. 179 deduction can't exceed the amount of your business's income for the year. In addition, the deduction is reduced on a dollar-for-dollar basis for acquisitions above an annual threshold.

The Tax Cuts and Jobs Act (TCJA) permanently increased the annual Sec. 179 deduction limit from $500,000 to $1 million while raising the phase-out threshold from $2 million to $2.5 million. These figures, after being indexed for inflation indexing, are $1.05 million and $2.62 million, respectively, for 2021.

Many assets qualify for the Sec. 179 deduction, including property used predominately to furnish lodging and various nonstructural improvements to commercial property, such as roofs, HVAC equipment, and fire and security systems. These changes became effective for property placed in service after 2017.

Previously, the bonus depreciation deduction was equal to 50% of the remaining cost of the property. The TCJA doubled the percentage to 100% while also extending this tax break to used property. The changes are generally effective for qualified property placed in service after September 27, 2017, and before January 1, 2023.

The bonus depreciation deduction is scheduled to be reduced over a five-year period, beginning with property placed in service in 2023. It's currently scheduled to end after 2026.

MACRS deductions: If there are any costs left over after the two tax breaks, a manufacturer can write off the remainder under the regular MACRS rules. As stated above, the write-off period for a component may vary in length from five to 15 years.

Important: Your business isn't required to take advantage of Sec. 179 deduction and bonus depreciation. If you expect to be in a significantly higher tax bracket or you think taxes will increase in the future, you might be better off depreciating purchases over their useful lives than expensing them in the current tax year.

Depending on your circumstances, about 20% to 40% of the eligible costs of a light manufacturing facility may constitute tangible property and land improvements.

However, say that your CPA performs a cost segregation study and determines that you can reclassify $1 million of the cost (20% of $5 million) as property that can be depreciated over seven years. You decide to take advantage of the Section 179 deduction and bonus depreciation rules that allow you to immediately deduct the cost of those components in the tax year it was placed in service.

The benefits may be even greater for a heavy manufacturing company. It's common for 30% to 60% of the eligible costs of a heavy manufacturer to be reclassified to tangible property and land improvements. In either instance, a manufacturing firm can expect to recoup more of its build costs in a much shorter timespan than it would take if it classifies everything as commercial property with a 39-year life.

Don't discount the potential for an IRS challenge, however. The IRS has developed specific audit technique guides on cost segregation studies, including specialized information for auto manufacturers. An experienced tax professional can help you get it right.

What's Right for Your Business?