Multi-State Tax & The Wayfair Fallout: What’s Next for Online Sellers 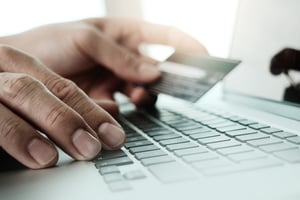 The recent Wayfair decision has drastically altered the landscape for states that want to collect sales and use taxes.

Prior to this landmark U.S. Supreme Court case, economic "nexus" for tax purposes was established only if the seller of goods or services exhibited a "physical presence" in the state. Under Wayfair, sales and use tax obligations may be imposed on remote sellers — even those operating solely online.

This ruling has been applauded by brick-and-mortar stores that had complained for years that online sellers maintained a competitive edge. In the face of mounting pressure to balance their budgets in recent years, some states tried to generate additional sales tax revenue from online sellers that plied their wares to residents in their states.

The controversy over taxing online sales goes back to an interpretation of the "commerce clause" in the U.S. Constitution. Essentially, the clause allows states to require collection of sales and use taxes if the following four requirements are met:

The physical presence requirement was solidified more than 25 years ago by the Supreme Court's decision in Quill. The Court ruled in Quill that North Dakota couldn't require sellers to collect and remit use tax when the seller didn't have a physical presence in the state, such as a sales office or a warehouse. It was often cited in cases involving mail order sales. In the ensuing years, states have aggressively pursued nexus policies constituting a physical presence.

Recently, states have targeted online sellers, including some of the major players in the field like Amazon. As a result, these laws have often been dubbed "Amazon laws." Actually, Amazon and some other nationally known entities have voluntarily adhered to state and use tax requirements on the products they sell directly. (Sales taxes weren't always collected on products sold on the Amazon platform by third-party merchants.)

READ MORE: Does Your Company Do Business Online? Be Aware of New Sales Tax Rules

The constitutional conflict crested in the Wayfair case. Under a South Dakota law, a remote seller was required to collect and remit sales tax if:

As a result, South Dakota assessed sales tax jurisdiction over a handful of remote sellers, including the retailer Wayfair. And the matter went to court.

The lower courts in South Dakota affirmed the Quill precedent, but then the Supreme Court agreed to review the outcome. Ultimately, the Court overturned the long-standing physical presence standard required by Quill and remanded the case back to the district court.

However, there's an important caveat: While Wayfair strikes down the physical presence requirement, it shouldn't be viewed as a blanket approval for all state laws establishing nexus for remote sellers. The Court noted that the South Dakota law:

In addition, some states have "sleeper laws" that assert nexus to the full extent allowed by the U.S. Constitution or, by their plain language, go beyond the physical presence standard previously imposed by Quill. These states have adopted regulations or otherwise modified their laws to conform to Wayfair — or they are expected to.

Impact of the Wayfair Decision

Wayfair is having a tax impact around the country. It has paved the way for states to assert sales and use tax nexus against remote sellers who have a virtual or economic presence within their boundaries, but not without limits.

Sellers with a significant virtual or economic presence — but not necessarily a physical presence — have been put on notice. Conversely, smaller sellers that only meet face-to-face with customers within a state, with virtually no other contact outside that state, likely won't be affected.

Despite the limitations, sellers of all shapes and sizes should examine their policies in light of this ruling. In particular, it's important to consider the extended reach of your firm's advertising and marketing efforts. Businesses can no longer assume that activities are limited to just one state.

In addition, courts will likely have to address related issues in the future, such as e-commerce functions like websites that leave "cookies" on hard drives and apps that enable downloads on smartphones and tablets. The Supreme Court ruling in Wayfair cited the existence of cookies as a flaw in the physical presence standard. This might become an issue for another court ruling.

Undoubtedly, we haven't heard the end of this matter. Contact us for the latest developments regarding how your business is affected by state rules for economic nexus related to sales and use tax collections.

Laws on economic nexus vary widely across the United States. And individual states didn't take long to react to the Wayfair decision. Many were primed to take action if the Supreme Court overturned Quill. Others had previously enacted laws comparable to the one in South Dakota. Some have more cumbersome laws that could be challenged in future lawsuits — or they impose economic nexus standards that were contingent on the outcome of Wayfair or enactment of federal legislation.

In the wake of Wayfair, some states have announced or are in the process of implementing new rules regarding remote sellers. Here are some highlights.

Several other states — including California, Idaho, Mississippi, Nebraska, New York, Washington and Wyoming — are reviewing the Wayfair decision and are expected to issue new guidance soon. Other states have announced they're analyzing the decision to determine how it affects them and what next steps they should take.