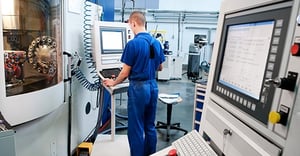 Federal tax reform through the Tax Cuts and Jobs Act significantly expands bonus depreciation under Section 168(k) of the Internal Revenue Code for both regular tax and alternative minimum tax purposes. Now, the IRS has released proposed regulations that clarify the requirements that businesses must satisfy to claim bonus depreciation deductions.

Although the regs are only proposed at this point, the IRS will allow taxpayers to rely on them for property placed in service after September 27, 2017, for tax years ending on or after September 28, 2017.

Under pre-TCJA law, businesses could claim a first-year bonus depreciation deduction equal to 50% of the basis of qualifying new (not used) assets placed in service in 2017. The deduction was available for the cost of qualifying new assets, including computers, purchased software, vehicles, machinery, equipment and office furniture. Used assets didn’t qualify for the deduction.

You also could claim 50% bonus depreciation for qualified improvement property (QIP), generally defined as any qualified improvement to the interior portion of a nonresidential building if placed in service after the building was placed in service. QIP costs didn’t include costs for the enlargement of a building, an elevator, an escalator, or a building’s internal structural framework.

The TCJA allows 100% first-year bonus depreciation in Year 1 for qualifying assets placed in service between September 28, 2017, and December 31, 2022. The bonus depreciation percentage will begin to phase out in 2023, dropping 20% each year for four years until it expires at the end of 2026, absent congressional action to extend the break. (The phaseout reductions are delayed a year for certain property with longer production periods and aircraft.)

To qualify for 100% bonus depreciation, property generally must:

The proposed regs provide additional guidance on several of these elements.

Under the proposed regs, “qualified property” for bonus depreciation purposes is defined to include:

For 100% first-year bonus depreciation, it also includes QIP acquired after September 27, 2017, and placed in service before January 1, 2018.

Qualified property also doesn’t encompass property that must be depreciated under the Alternative Depreciation System (ADS). That includes MACRS nonresidential real property, residential rental property and QIP held by real estate businesses that elect out of the TCJA’s limit on the business interest deduction. It also includes property with a recovery period of 10 years or more held by a farming business that elects out of the business interest limit.

Used property also must satisfy certain related party and carryover basis requirements, as well as certain cost requirements. The proposed regs include antiabuse provisions for members of a consolidated group, certain acquisitions in accordance with a series of related transactions, and syndication transactions. And they explain how the new bonus depreciation rules apply to a variety of transactions involving partnerships holding assets that are otherwise eligible for bonus depreciation (for example, used machinery or vehicles).

The TCJA states that property won’t be treated as acquired after the date on which a “written binding contract” is entered into for the acquisition. The proposed regs clarify that the closing date, delivery date or other such date is irrelevant when determining the date of acquisition — only the date the contract is entered into matters for this purpose.

A letter of intent for an acquisition isn’t a binding contact, according to the proposed regs. Further, supply agreements aren’t treated as written binding contracts until a taxpayer provides the amount and design specifications of the property.

The proposed regs eliminate the safe harbor for property produced under a contract. Such property is no longer treated as self-constructed property, so the date that the contract is entered into generally is the date of acquisition.

The rules regarding the eligibility of acquired used property could have a significant impact on mergers, acquisitions and divestitures. For example, buyers might prefer to structure a transaction as an asset purchase rather than a stock acquisition to take advantage of bonus depreciation. Businesses also should review transactions that have closed but are subject to the new rules to ensure they achieve the optimal tax treatment.