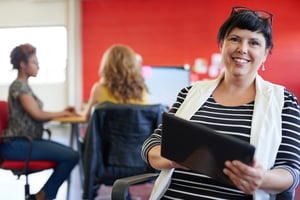 If your organization has met the IRS qualifications to be considered tax-exempt, the income you receive — such as donor contributions — is exempt from federal income tax.

However, it's still possible for nonprofits to follow the rules and experience adverse tax consequences. Here are five potential tax traps that could catch you off guard.

Despite your best efforts, your nonprofit may run afoul of the UBIT. It generally rears its ugly head when organizations earn income from a regular activity that isn't substantially related to their tax-exempt purpose.

UBIT usually isn't a problem if the income-producing activity occurs only occasionally. For example, a school fundraiser that collects money once a year from a car wash run by students isn't a regular business activity. But your organization could be liable for UBIT if it, say, accepts corporate sponsorships to promote its mission and raise funds.

So be careful to stay within allowable limits. For example, in the case of a corporate sponsorship, your organization can acknowledge the connection, but can't advocate for its goods or services unless you're prepared to pay tax.

As with corporate officers of for-profit entities, nonprofit managers may be tempted to characterize certain workers as independent contractors rather than employees. After all, employees are subject to federal payroll taxes and independent contractors aren't. The employer's share of federal payroll taxes is 6.2% of an employee's annual wages paid up to the Social Security wage base ($147,000 in 2022), plus 1.45% on all wages. If you multiply this amount by several workers, the financial impact can be substantial.

How do you differentiate between employees and contractors? If your organization exerts significant direction and control over workers' activities (including where and when they work and how they're paid), they probably should be treated as employees for payroll tax purposes. Contact your tax advisor for a complete list of guidelines.

In today's highly charged political environment, it's easy for nonprofits to breach limits prohibiting political campaigning. This could jeopardize your exempt status. In general, your not-for-profit shouldn't:

Note that prohibitions against campaigning are somewhat vague. Holding events that feature candidates may be permissible in certain cases (for example, if all candidates for an office are invited and given equal speaking time). Nevertheless, it's best to err on the side of caution.

Also there's a fine line between political activity and lobbying. Lobbying usually isn't permitted if a substantial part of an organization's activities attempt to influence legislation.

The Tax Cuts and Jobs Act (TCJA) contained a little-publicized crackdown on "excessive compensation" amounts paid to the top brass at nonprofit entities. Effective January 1, 2018, your nonprofit may be liable for a hefty tax penalty if it pays more than $1 million to a covered employee.

Under the TCJA and subsequent regulations, "covered" employees are defined as your organization's five highest-compensated employees (HCEs) for the current tax year. This also includes any individual who was a covered employee for any prior tax year beginning after 2016. There's no minimum dollar threshold for covered HCEs under the calculation.

The penalty is a flat 21% tax applied to any amount above $1 million. Keep this limit in mind when setting compensation amounts.

Larger nonprofits are required to file Form 990 with the IRS annually. This complex form requires you to answer several questions about your operations and to maintain supporting documentation. If IRS computers flag your Form 990, it could trigger an audit that leads to increased tax, penalties and even the loss of your organization's tax-exempt status. And if you fail to file Form 990 for three consecutive years, your tax exemption is automatically revoked.

Certain smaller nonprofits may be eligible to file the shorter, less complicated version of Form 990, 990-EZ. Organizations with annual gross receipts of $50,000 or less are only required to file electronic Form 990‑N (e-Postcard).

These are just five tax traps that can ensnare not-for-profits if they're not careful. There are certainly other potential pitfalls. Your best bet is to prioritize IRS compliance and, if you ever have any questions, contact your CPA as quickly as possible.