The credit was previously available for 35 years in Pennsylvania, from 1974 through 2008. Pennsylvania’s craft brewers have fought hard since to renew it, which finally happened with last week’s budget approval.The credit is available to all Pennsylvania-based brewers, according to Dan LaBert, Executive Director of the Brewers of Pennsylvania. The credit can be used to purchase just about any equipment or machinery used in brewing, according to credit proponent state Sen. Richard Alloway.

“Pennsylvania’s small breweries are a significant contributor to our state and local economy, and supporting this tax credit will play an important role in helping this industry thrive and grow,” he said in a press release. 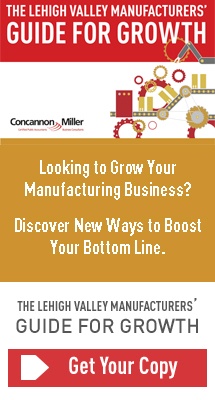 The tax credit takes effect in 2017. With fourth-quarter tax planning coming up quickly, now is a great time to meet with your accountant to discuss how the new credit could save you on taxes starting next year.

The new state credit also can be easily coupled with federal tax depreciation rules. Both Section 179 and Bonus Depreciation can be used for equipment purchases, with Section 179 currently having a $500,000 limit.

Both depreciation allocations can be used for brewery equipment purchased in 2016.

If you’re interested in learning more about how your brewery could save taxes on your equipment purchases, contact me at adesiderio@concannonmiller.com or 610-433-5501.