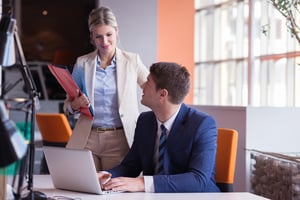 At long last, there’s some guidance on how businesses can seek forgiveness for their Paycheck Protection Program loans.

We’ll have more to come in the future on documentation and other less significant aspects of the latest guidance. For now, here’s the most important information to know:

Based on everything that we are reading, this does not look like the “last word” we will hear on PPP.

At a minimum, in the SBA’s announcement Friday, they stated that they will “soon issue regulations and guidance to further assist borrowers as they complete their applications, and to provide lenders with guidance on their responsibilities.” Additionally, The Wall Street Journal and other news outlets have reported that “changes are likely to include giving businesses more flexibility to spend the money.”

The Treasury Secretary said in an interview last week that “technical fixes” would be made to address concerns. It’s been said that changes are expected to come in two waves – technical fixes from the Treasury Department and SBA would come first, and then broader changes which may require congressional action could come later.

We will continue to keep you updated and share our insights and perspective. In the meantime, please contact us with any questions.