Six Tax Saving Strategies for Businesses for Your 2017 Return 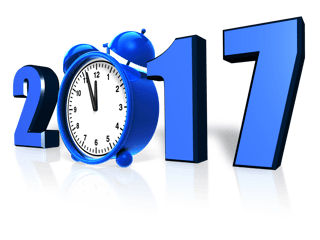 Much is being discussed about the new federal tax law – and rightfully so as it’s the biggest federal tax overhaul in at least 30 years.

But little in the U.S. Tax Cuts and Jobs Act will affect your 2017 return, i.e. the one due this spring. The new federal tax rules should bring significant tax savings for many businesses, but for your return due this spring, you’ll still be operating under the tax rules in effect through year end 2017.

While not as generous as the new tax law, there are still many tax benefits businesses can take advantage of. And with business tax rates dropping in 2018 between the C Corp rate cut and the new Qualified Business Income Deduction for owners of pass-through companies, reducing your 2017 taxable income is even more impactful.

Here are six strategies business executives should be aware of:

If you’ve bought, purchased or renovated a building within the last 15 years, there’s a good chance your company could benefit from the tax savings generated through a cost segregation study.

Originally cost segregation only helped very large companies, but tax laws have changed where the benefit now is also available to mid-size and small companies. If you’ve paid more than $1 million to construct or purchase a property within the last 15 years, you should strongly consider undertaking a study.

Through cost segregation depreciation, a wide range of building elements can be classified as shorter-lived assets, including electrical installations, plumbing, mechanical components, and finishes. These assets can be depreciated over as little as 15, 7 or even 5 years, instead of the standard 39 years. 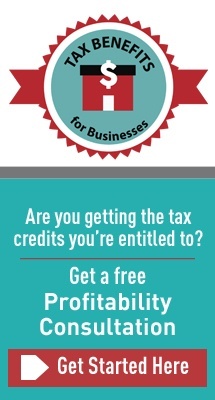 If your business expenses exceeded your income in 2017, this may be the time to take advantage of the Net Operating Loss tax strategy. The 2017 tax year is the last time you can carryback any Net Operating Losses.

Starting in 2018, you can only carry NOLs forward, and the maximum amount of taxable income you can offset with NOL deductions will only be 80% instead of 100%. Under the 2017 rules, you can carry NOLs back two years, recouping taxes paid in earlier, profitable years. It’s likely your business tax rates were higher in 2015 and 2016 than they will be in 2018, so now may be the best time to use this benefit.

Bonus and Section 179 Depreciation were both greatly increased for 2018 as part of the Tax Cuts and Jobs Act, but 2017 may be a better time to take advantage of them considering your business’s likely higher tax rate.

Using accelerated depreciation reduces your business’s taxable income. Both methods can be used to accelerate write-offs of business asset purchases, including building improvements, computer systems, vehicles, machinery, equipment, office furniture and so forth.

For 2017, the maximum Section 179 depreciation deduction is $510,000. The maximum deduction is phased out dollar for dollar to the extent the cost of eligible property placed in service during the tax year exceeds the phaseout threshold of $2.03 million.

Increased Bonus Depreciation is one of the changes under the Tax Cuts and Jobs Act that can affect your 2017 return. The act says any assets put into service after September 27, 2017 are eligible for the new 100% first-year Bonus Depreciation if the asset has a useful life of 20 years or less. The new rule also allows Bonus Depreciation to be used on both new and used assets, instead of just new assets.

New assets put into service before September 27, 2017 are subject to the 50% first-year depreciation level.

For accelerated depreciation on smaller pieces of business equipment, consider using the so-called safe harbor election. The federal tax rule allows businesses to write off small dollar purchases or business improvements of up to $2,500, which is measured by invoice or by item.

Issuing bonuses is another way to decrease your business’s taxable income, and it’s a reward some companies have been giving employees because of their anticipated tax savings under the Tax Cuts and Jobs Act.

To be deductible in 2017, the bonuses would technically need to be accrued in 2017 and paid by March 15, 2018. You also can only issue them to employees or owners that own less than 50% of a C Corporation. You cannot deduct an accrued bonus for an S Corporation owner until the year it is paid.

Like bonuses, increasing employee pension contributions is another way employers can reduce taxable income. Also, the contributions would have to be made before your tax filing deadline.

To take advantage of these tax-savings steps, you should act quickly, as filing deadlines are coming up soon – March 15 for pass-through entities and April 17 for C Corporations. Extensions and/or amending returns also are possibilities – work with your CPA to see your best option. Contact us for personal assistance on your company's 2017 tax return.