Did you incur costs during the building and construction or purchase of your facility? You can likely accelerate some deductions with a cost segregation study, an engineering-based analysis of the costs associated with the acquisition, construction, or renovation of a building.

Watch the video below, or read on for more information:

A cost segregation study is an engineering study done on a property that is either just recently been built or purchased – or even one that was purchased or built 15 years ago.

The idea is – if you do not do a study – the components of the property get split into two pieces, land and building. And unfortunately, that building piece has to be depreciated over a 39-year time frame. 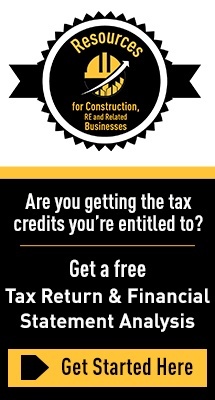 With a cost segregation study, those components get several additional pieces added in, which are:


The result would be an acceleration of your depreciation deductions, which then:

There are likely many businesses that are missing out on the opportunity to conduct a cost segregation study. Many people probably don't know the existence or the benefits of it. It originally was a benefit to only very large companies, but when the tax laws changed, the benefit also trickled down to mid-size and smaller companies.

If somebody has paid more than $1 million to construct or purchase a property, and they've done it within the last 15 years, they should strongly consider looking at an analysis of whether or not there would be a benefit in going forward with a study.

For example, we recently completed a cost segregation project on a client’s new facility. The cost of the facility was in the neighborhood of $15 million, and we were able to get in excess of $3 million of depreciation expense in the first year.

I believe the benefit to cost ratio there was over 30-to-1. That’s an example of a very good return.

Could a cost segregation study benefit you? Contact Andy Kahn at akahn@concannonmiller.com or 610-433-5501 for a free 30-minute consultation.