Be careful before borrowing from your foreign subsidiary

In today’s economy, many small businesses conduct operations overseas.  Many of our partnership and S-Corporation clients have expanded into international markets. You have probably heard in the news that many multinational corporations have billions of dollars parked offshore.  Even individuals owning interests in partnerships, LLCs and S-Corporations with foreign subsidiaries do the same. They know that if the funds are brought back or repatriated, that U.S. taxes will be due at tax rates of up to 43%, (including the Medicare tax).

Repatriation taxes on loans from your foreign subsidiary: A tax trap for the unwary

Internal Revenue Code Section 956 was enacted to require U.S. shareholders of a controlled foreign corporation (“CFC”) to include in current taxable income certain CFC earnings and profits that are invested in U.S. property. Such investments include stock and obligations of related U.S. persons, pledges and guarantees of obligations of related U.S. persons, rights to use intangible property in the U.S., and tangible property located in the U.S. An obligation can include notes, loans, intercompany balances, and other indebtedness.

For example, if a $1,000 loan is made by a CFC to its U.S. parent company, which is outstanding for the entire year, it could be treated as a $1,000 dividend for tax purposes, notwithstanding that the transaction was structured and documented to be a loan. The general purpose of this rule is to treat such proceeds as a dividend where the parent is put into the same economic position as if it actually received a dividend distribution. The intent of the tax law is to subject the CFC’s earnings to current taxation if it was effectively repatriated back to the U.S. in a non-dividend transaction.

The tax code and treasury regulations provide a variety of exceptions to the general rule, and include exceptions for certain accounts receivable arising in the normal course of business and certain short term loans.

READ MORE: How Businesses Can Start Exporting – And Qualify for Tax Breaks 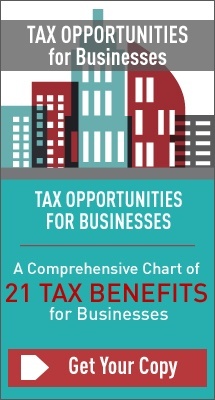 Tax Issues with Indirect Use of CFC Assets

In addition to the investment of U.S. obligations discussed above, if the CFC is a pledger or guarantor of loans taken out by its U.S. parent, even if from a domestic lender, the resultant obligation can still be treated as a repatriation dividend inclusion.

Assume the same facts as described above, except that the U.S. parent borrows $1,000 from its U.S. bank and pledges 100% of the stock of its CFC as security for the loan. Assume the pledge also includes covenants protecting the bank from the diminution of the CFC assets.  This would also be treated as a dividend distribution as the value of the CFC assets was used in order for the parent to acquire the $1,000 proceeds.

Companies that operate globally are faced with international cash management responsibilities. Companies may allow intercompany trade payables to its CFCs to remain uncollected for long periods of time since the related party nature of the buyer and seller allow for this flexibility. While there are exceptions for certain short term trade receivables between CFC and U.S. parent that are settled within 60 days of being incurred, and some exceptions where it can be shown that unrelated parties would have extended credit on similar commercial terms, even if over 60 days, trade payables that remain on the parent company balance sheet for months will eventually be considered “overaged” and the IRS could assert that Section 956 has triggered an income inclusion at the parent level.

Assume the same facts as in the first example, except that instead of a loan, the U.S. parent purchases inventory on open account from its CFC for $1,000, but after two years the amount payable to the CFC by the parent still outstanding.  Assume further that the CFC generally collects receivables from its unrelated customers within 45 to 60 days of the sale. The IRS would probably assert repatriation taxes apply and will seek to tax the $1,000 as a distribution to the parent company.

Even if the trade loan is rolled over or formalized into a loan at a later date, the IRS will still seek to understand the true economics of the underlying transaction and may assert repatriation taxes apply if there are sufficient earnings and profits in the CFC out of which a dividend could have been paid.

There are complex rules dealing with the computational aspects of investments in U.S. property including obligations or loans that are subject to Section 956 treatment. When a CFC makes a loan to its U.S. parent or related person, the shareholder of the CFC includes in its income for the taxable year the yearly average of the amounts of such loans outstanding on the last day of each quarter. In the following year, the computation would be done again, and income in the second year would be capped at the excess of the second year average number over the amount included in taxable income in the prior year. Some loans for 30 days or less can be excluded in the computation of the outstanding balance at the end of a quarter. The computational rules are very complex and should be monitored so as to minimize or eliminate these income exclusions. With proper planning and cash management, this can be done.

READ MORE: An Easy Tax Benefit for Exporters That Can Save Big Money

Without forethought, repatriation taxes can cause serious tax consequences to a company’s tax liability. Company treasurers or other company executives charged with cash management may not even be aware of all the tax rules pertaining to repatriation, only to find out unpleasant news after the fact. Having repatriation covenants in loan documents, cash flow sweeps, limits on excess foreign cash and similar provisions may incentivize cash management policies that run afoul of Section 956.

Managing cash balances, credit agreement covenants, intercompany debt balances and repatriation issues with CFCs is challenging. With proper planning, business objectives can be met, lenders can get the security they want, and adverse tax consequences can be minimized or eliminated. It is best to work with a CPA with significant international tax experience when moving cash back and forth in cross border transactions.

We'll be tracking the tax reform legislation, as some of the proposals would greatly alter repatriation taxes. Stay tuned for any changes.

Concannon Miller Senior Manager E. Patrick Rush specializes in international taxes. Contact him with questions on this or other international tax laws at prush@concannonmiller.com or 610-433-5501.