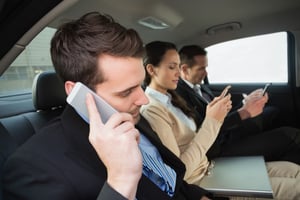 Federal tax reform through the Tax Cuts and Jobs Act expands the first-year depreciation deductions for vehicles used more than 50% for business purposes. Here's what business owners need to know to take advantage.

For new and used passenger vehicles (including trucks, vans and electric automobiles) that are acquired and placed in service in 2018 and used more than 50% for business purposes, the TCJA dramatically and permanently increases the so-called "luxury auto" depreciation allowances.

The maximum allowances for passenger vehicles placed in service in 2018 are:

If the vehicle is used less than 100% for business, these allowances are cut back proportionately. For 2019 and beyond, the allowances will be indexed for inflation.

There's an important caveat, however: For a used vehicle to be eligible for first-year bonus deprecation, it must be new to the taxpayer (you or your business entity).

The $8,000 bump for first-year bonus depreciation is scheduled to disappear after 2026, unless Congress takes further action.

These expanded deductions represent a major improvement over the prior-law deductions. Under prior law, used vehicles were ineligible for first-year bonus depreciation. In addition, the depreciation allowances for passenger vehicles were much skimpier in the past.

For 2017, the prior-law allowances for passenger vehicles were:

Under prior law, slightly higher limits applied to light trucks and light vans for 2017.

Here's where it gets interesting: The TCJA allows unlimited 100% first-year bonus depreciation for qualifying new and used assets that are acquired and placed in service between September 28, 2017, and December 31, 2022. However, as explained earlier, for a used asset to be eligible for 100% first-year bonus deprecation, it must be new to the taxpayer (you or your business entity).

Heavy SUVs, pickups and vans are treated for tax purposes as transportation equipment — so they qualify for 100% first-year bonus depreciation. This can provide a huge tax break for buying new and used heavy vehicles that will be used over 50% in your business.

However, if a heavy vehicle is used 50% or less for nonbusiness purposes, you must depreciate the business-use percentage of the vehicle's cost over a six-year period.

Definition of a "Heavy Vehicle"

You can usually verify the GVWR of a vehicle by looking at the manufacturer's label, which is usually found on the inside edge of the driver's side door where the door hinges meet the frame.

The TCJA provides sweeping changes to the tax law. Many changes are complex and may take months for practitioners and the IRS to interpret. But the provisions that expand the first-year depreciation deductions for business vehicles are as easy as 1-2-3: 1) buy a vehicle, 2) use it for business, and 3) save on taxes.