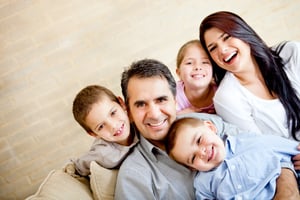 Federal tax reform through the Tax Cuts and Jobs Act brought about the biggest tax changes in three decades, including some significant changes for families with children. Some families will come out ahead, while other families may not after the elimination of the person exemption, which was $4,050 per person in 2017. Here are several of the changes that may affect your tax situation.

Here are two examples of how the new tax law affects families with children:

Example 1: A couple with three children who file a joint tax return and do not itemize

Example 2: A couple with one child who file a joint tax return and do not itemize

The new credit has been increased to a $2,000 maximum per child, with up to $1,400 of that amount refundable. Those with several children could find themselves receiving a refund without incurring a federal income tax liability.

In addition to the child tax credit, a new $500 non-refundable credit is available for 2018 through 2025 for qualifying dependents such as children that are 17 or older or other dependents (including elderly parents). Like the child tax credit, it will phase out when adjusted gross income from 2018 through 2025 exceeds $400,000 for married couples and $200,000 for others.

Withdrawals from 529 plans are tax-free to the extent they are qualified education expenses. Effective January 1, 2018, qualified expenses now include up to $10,000 in tuition expenses at private, public or religious elementary, middle and high schools per year, per beneficiary.

Keep in mind 529 plans are operated by states, so you will need to check with your state to see if the change is allowed by your plan. The Commonwealth of Pennsylvania has conformed to the federal tax code and allowed these distributions as qualified expenses.

Do you have questions about the tax reform changes for families with children? Contact us to get an assessment of your family’s 2018 tax situation.