The Post-COVID 19 Business World: How to Find Agility, Resilience 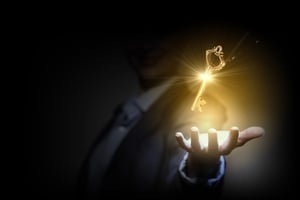 Few businesses have been left unscathed by the novel coronavirus pandemic. Unfortunately, some have been mortally wounded. Some may be living on life support thanks to financial help from the government, but their long-term survival is in doubt. That may not be inevitable, however, particularly for businesses that are proactive.

Business advisors are instructing companies to be resilient and nimble to come out on top. What does that mean for your business? Having deep pockets is one form of resilience. It gives you the ability to endure a sustained revenue drought while still keeping employees on board and your vendors, your landlord and other creditors on good terms.

But resilience is also a state of mind: that is, being able to have faith in the future, think and act creatively under duress to make a better future possible.

Agility is a cousin of resilience. It's the ability to turn on a dime, perhaps on a regular basis, to act promptly to adopt new tactics. Think of an Olympic gold medalist. Or the former Vogt Coach Lace Company, which was founded as a manufacturer of buggy whips in Rochester, New York, in the late 19th or early 20th century. Vogt pivoted and became Voplex Corp. which sold plastic parts to the auto industry.

Armed with resilience and agility, how do you gear up for a new business world?

First, think about anticipated lasting changes being brought about by the pandemic. Here are a few scenarios that could arise in the consumer sector and affect your business:

Not all of these people will stay away from restaurants, nail salons, jewelry stores and similar businesses entirely. But they'll visit them less often and be more price-sensitive when they do visit. 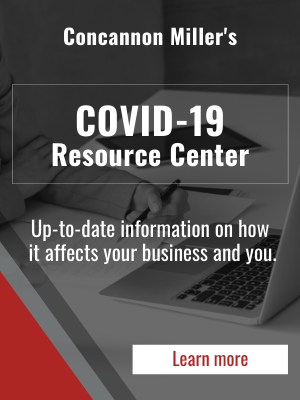 What about your sources of supply and the cost of items you need to operate your business? Even before the pandemic hit, the heated trade relationship between the U.S. and China was prompting many U.S. companies to diversify their supply chains to include other countries. And now vulnerability to disruption if a company's supply chain is dominated by one country is even more evident.

However, replacing low-cost offshore suppliers, possibly with U.S. manufacturers, is likely to raise costs. That, in turn, would put pressure on prices. If buyers of your goods are unwilling to pay higher prices, you're in for a financial squeeze. Alternatively, it's possible that rising prices for consumer goods could become the norm. That may increase pressure to raise wages so that workers can maintain purchasing power, and the U.S. might be due for a jump in inflation rates.

Outside of the financial realm is the social impact of the pandemic and its possible implications for your business. People who became much more highly sensitized to the risk of being infected by strangers may not drop their guard even after the health risk posed by the current virus is diminished. That means they may avoid businesses where customers must be close together, such as crowded restaurants, theaters and the like.

So much for the negatives — unless you're in the travel and hospitality business. Expectations are emerging that when air travel is less medically hazardous and restrictions are eased, business travel won't jump. Why not? Because video conferencing has become standard operating procedure and many face-to-face meetings aren't considered essential anymore. Your reduced travel budget can stay that way, or so the theory goes.

And while not every job can be done at home, many can. Employees who aren't missing their commute and are able to be productive working from home may insist on spending less time at the office. That in turn could cause you to rethink how much office space you need to rent, heat and cool. Or not.

Regardless, the best person to anticipate how your business will change, or need to change in the months and years ahead, is you. The point is to think about it in a comprehensive and systematic way — and be prepared to act. And don't limit your forecasting to a single expected "new normal."

"With so much uncertainty around so many fundamental issues, scenario planning feels like the most sensible option," according to one commentator. Tamar Kasriel is a well-known business and social commentator and author of the book "Futurescaping." Planning for scenarios, Kasriel says, requires trying to "distill the many uncertainties your business faces into two or three which are most likely and would have the biggest impact on your business."

If the scenarios are mutually exclusive, you'll need to pick the one you consider most likely and impactful. And if future conditions for your business appear to be unfolding in another way, ideally it will be one of the alternative scenarios you had considered. If so, changing course accordingly will reveal the kind of resilience and agility that will carry you successfully into an uncertain future.

While it's too soon to predict with accuracy when the post-pandemic era will begin and whether we'll recognize the business landscape when it gets here, it seems wise to consider the possibilities. If business is slow or nonexistent, you probably have some time on your hands. Using some of that time to envision the future with a "what if" mindset may allow you to avoid unprecedented pitfalls and scoop up significant opportunities that you might otherwise miss.