Tips on Selling Your Business from a Certified Exit Planning Advisor

Certified Exit Planning Advisor Andy Kahn, a shareholder with Concannon Miller, was quoted in a recent Lehigh Valley Business article about the current state of business mergers and acquisitions (M&A). Check out his insight and advice below:

Andy Kahn, a shareholder with Concannon, Miller & Co. PC in Bethlehem, said reports have shown that 80 percent of the deals that are listed for sale don’t go through. Many reasons are behind that statistic but primarily it is because businesses haven’t ensured two critical elements: that the business is attractive to buyers and the owners are ready to transition.

Deals fall through, he said, because “that combination of attractiveness and readiness is not there.” 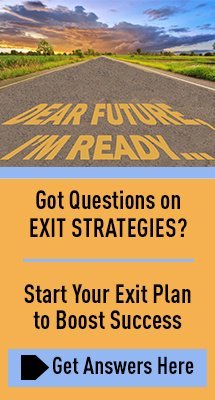 Other statistics, however, continue to indicate a strong market. About 4.5 million privately owned businesses are run by baby boomers. The value of those business is $10 trillion, he said, with an average age of owners set at 63.

“In general, these people start to truly look for an exit once they reach 67 or 68,” Kahn said, “unless someone comes along earlier with an offer that is too good to turn down.”

“I tend to think that it likely will continue,” he said. “I am not sure if the pace will slow, but there are still a lot of people who want to invest their money.”

One mistake owners make is that they don’t prepare themselves mentally for the next steps after they sell a company, leading to about 75 percent of them saying a year afterward that they regret the sale, he said.

Owners will get a big cash payment for a company that took them decades to build, then stay on as a consultant for six months to a year, only to find out that they are no longer needed, Kahn cautioned.

That eventuality needs to be thought about well in advance of a sale, he said.

“You need to plan what to do afterward,” Kahn said.