Unhappy With Your Tax Refund? Adjust Your Withholding Now 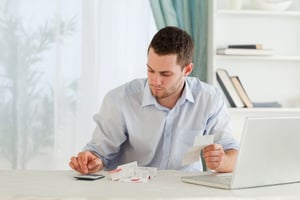 With this year’s average tax refund around $2,700, the Internal Revenue Service reminds taxpayers they have options to control the amount of their take-home pay and the size of their tax refund by adjusting their tax withholding.

A Paycheck Checkup using the IRS Withholding Calculator can help taxpayers determine the right amount of tax they should have their employer withhold from their paychecks.

Taxes are pay-as-you-go. This means taxes must be paid as income is earned or received during the year, either through withholding or estimated tax payments. As of May 10, nearly 101.6 million taxpayers received federal tax refunds. With the average refund around $2,700, some taxpayers received a refund that was much larger than they expected, which means they paid too much tax throughout the year and took home less money in their paychecks.

To help taxpayers who want to change this amount, the Withholding Calculator will offer recommendations for adjusting withholding. A taxpayer who wants to increase the amount of their paychecks would pay less tax throughout the year by increasing the number of allowances on Form W-4. A taxpayer who would prefer a larger refund when they file would decrease their withholding allowances on Form W-4. Decreasing the number of allowances means paying more tax throughout the year and receiving a smaller paycheck.

A taxpayer’s unexpected tax surprise or larger-than-usual refund may be due to life changes such as getting married, having or adopting a child, or it may be from changes included in the Tax Cuts and Jobs Act (TCJA). The TCJA made changes to the tax law, including increasing the standard deduction, eliminating personal exemptions, increasing the child tax credit, limiting or discontinuing certain deductions and changing the tax rates and brackets.

These changes affected 2018 returns and are also in effect for 2019. It’s important to check withholding every year. Just because these changes didn’t affect a taxpayer last year doesn’t mean they won’t apply this year.

Checking and adjusting tax withholding as early as possible is the best way to avoid having too little or too much tax withheld from paychecks. Too little withheld could result in an unexpected tax bill or penalty at tax time next year.

Taxpayers also need their most recent pay stubs to compute their withholding so far this year. Based on the Withholding Calculator’s recommendations, taxpayers can then fill out and submit a new Form W-4 to their employer.

The Withholding Calculator does not request personally identifiable information, such as name, Social Security number, address or bank account number. The IRS does not save or record the information entered on the calculator.

TCJA changed the way tax is calculated for most taxpayers, including those with substantial income not subject to withholding. As a result, many taxpayers may need to raise or lower the amount of tax they pay each quarter through the estimated tax system.

The revised estimated tax package, Form 1040-ES, on IRS.gov is designed to help taxpayers figure these payments correctly. The package includes a quick rundown of key tax changes, income tax rate schedules for 2019 and a useful worksheet for figuring the right amount to pay.

The two remaining due dates for tax year 2019 estimated taxes are September 16 and the final payment is due January 15, 2020. Direct Pay and EFTPS are both free payment options, and taxpayers can schedule their payments in advance as well as receive email notifications about the payment. Visit IRS.gov/payments to schedule electronic payments online, by phone or via the IRS2go mobile app.