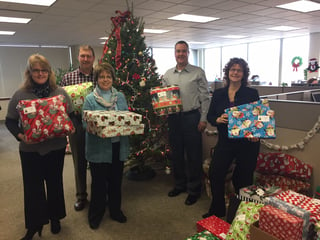 Called Jeans Friday, it’s a fundraiser for the firm’s Charity Committee. The Charity Committee was formed by a group of employees in 2008 as a way to give back to local nonprofit organizations.

The $5 donations for wearing jeans really add up. Each month, several hundred dollars are donated to a different nonprofit organization, adding up to several thousand dollars each year.

Concannon Miller as a company also supports many local nonprofits, including ArtsQuest in the Lehigh Valley and several Ronald McDonald House Charities. But the Charity Committee allows the organization to give even more – and have all the employees have a say.

Both offices solicit suggestions from employees where the monthly donations should go. Many employees suggest organizations where they serve on boards or otherwise volunteer. 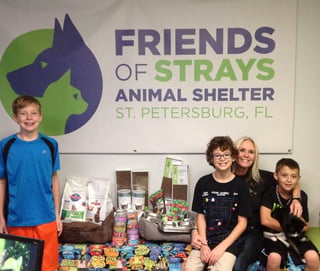 Though the two offices are more than 1,000 miles apart, both offices employees’ and their charity committees’ visions are very much alike. Both offices prioritize supporting local nonprofit organizations in the Lehigh Valley and Tampa-St. Petersburg communities.

“We always like to make contributions to local organizations right in our community,” says Marci Bycynski, who organizes the donations in St. Petersburg.

Concannon Miller’s Charity Committee won a Spirit of Volunteerism award from the Volunteer Center of the Lehigh Valley in 2014. A video about that award can be viewed here: https://www.youtube.com/watch?v=THTbGxS-dyg

Nonprofits that received Charity Committee donations this year are:

Kristen’s Walk to the Water – Candle in the Darkness