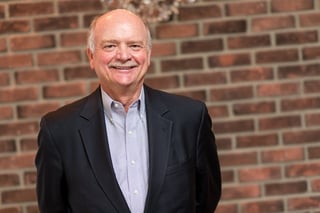 Concannon Miller CEO Bob Oster, who led the firm through tremendous growth in his 18 years at the helm, has retired from the CPA firm.

Oster, who started with the firm in 1979 and became CEO in 1998, is credited with helping the firm double in size during his time as its leader.

“The firm grew significantly over the course of our careers here. In fact he’s probably been the catalyst for much of growth,” says Shareholder Bob Vitale, who started with the firm in 1976. “His clients love him – he headed up an important niche in the firm.”

Shareholder Andrea Brady, who took over Oster’s audit and nonprofit niche, said he passed on important lessons about how to treat clients to her and many others at the firm.

“He takes a genuine interest in his clients no matter how big or small. At the end of the day he wants to add value to them and see them be successful,” Brady says. “That’s a lot of what he passed onto the younger generation here – to think of clients as not just as clients as a business partner.”

Concannon Miller, with offices in Bethlehem, Pennsylvania and St. Petersburg, Florida, was formed in 1962 and the firm has roots from prior owners dating back to the 1920s. Oster says he is most proud of the firm’s longevity.

“A lot of businesses don’t make it past the first generation, while we’re moving into our fourth generation of leadership since 1962,” Oster says.

Oster, through his board memberships and community involvement, is regularly credited with being the face of Concannon Miller in the Lehigh Valley community. Oster is currently a member of the Minsi Trails Council Boy Scouts of America, St. Luke’s Hospital, Northampton Community College Foundation and Saucon Valley Country Club boards and was a longtime board member with VIA of the Lehigh Valley.

“Here in the Valley, we’re very well known, and a lot of that is because Bob is so well known and we have a lot of opportunity to build on that,” says Concannon Miller President and COO Ted Witman, who has taken over the firm’s leadership following Oster’s retirement Sept. 30.

In addition to client service, Oster says he’s proud to leave a legacy of community service, which he says permeates throughout the firm.

“It runs throughout the entire organization – our partners, staff, administrative personnel – virtually everyone gives back to the community,” he says. “It’s always been important to me and I think the firm has done a good job of meeting that core value of giving back to the community.”