Latest ACA Supreme Court Ruling: What it Means for Businesses 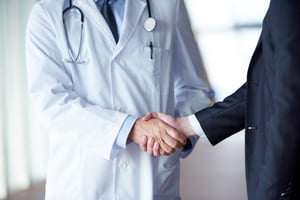 In a highly anticipated decision, the U.S. Supreme Court on June 17 ruled by a 7-2 vote that the plaintiffs in the latest challenge to the Affordable Care Act lacked standing to bring the lawsuit. The decision marks the third failed attempt to repeal the ACA since it became law on March 23, 2010.

The plaintiffs sought a finding that the individual mandate provision is not severable from the ACA, and an injunction against enforcement of the rest of the ACA.

In a majority opinion written by Justice Stephen Breyer, the Court held that neither the states nor the individual plaintiffs had standing to sue, because they did not show a past or future injury caused by defendants’ conduct. The individual plaintiffs claimed to have been harmed by the fact that they have to pay for health insurance to comply with the mandate. However, Justice Breyer wrote, “the statutory provision, while it tells them to obtain that coverage, has no means of enforcement. With the penalty zeroed out, the IRS can no longer seek a penalty from those who fail to comply.”

Breyer’s opinion addresses three main issues with the plaintiff’s challenge. First, no plaintiff showed a “fairly traceable” injury to the “allegedly unlawful conduct” in the challenge—without a fairly traceable injury, the Court does not have the power to adjudicate. Next, the Court found that the individual plaintiffs did not show that harm has or would be caused by any government action or conduct attributable to the individual mandate, nor did they identify a remedy that would redress their injuries. Finally, the suit failed to show that the alleged injuries are traceable to the government’s allegedly unlawful conduct.

In finding that the plaintiffs had no standing, the Court avoided having to address the broader legal questions regarding the constitutionality of the individual mandate and its severability from the rest of the ACA.

The Biden administration has stated that it plans to build on the ACA, including through measures to create a new public health insurance option similar to Medicare and to increase the value of tax credits that lower insurance premiums for low-income households, as well as lowering the credit’s eligibility requirements.

The Court’s decision removes a significant obstacle to any expansion of the ACA, but any future tax legislation still faces challenges given the Democrats’ slim majorities in the House and Senate.