Nonprofit Consolidation: The Pros and Cons and How to Do It 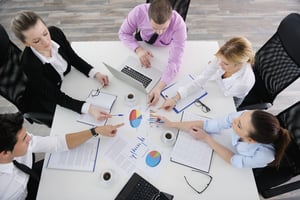 It doesn't happen often, but sometimes nonprofit organizations merge or are incorporated into one another.

For example, your nonprofit may be contemplating an acquisition of a smaller organization or perhaps you may be merged into a larger organization. In either event, this represents a significant change for managers both personally and professionally.

What causes nonprofit organizations to join forces? After all, groups generally start off with a distinct mandate and a commitment from its supporters. Of course, the reasons vary according to actual circumstances, but most mergers and acquisitions in the nonprofit world can be traced to one of these two reasons:

Duplication of effort: In these cases, both nonprofits have essentially the same mission with the same basic objectives. Their collaboration is logical, especially when considering the economies involved. One may not be able to compete financially. Together, they can accomplish more at a lower overall cost.

Image concerns: An organization that has been rocked by a highly-public scandal or some other event may find it difficult to recover. In this situation, a "white knight" may ride to the rescue in the form of another nonprofit. Through acquisition, the organization can continue to grow and evolve.

At this point, it is worth noting that there are technical differences between a "merger" and "acquisition." Essentially, a merger occurs when one nonprofit joins with another to create a separate entity.

On the other hand, an acquisition is slightly more complicated. Typically, one nonprofit will incorporate the other into its charter. If certain requirements are met, an acquisition may even involve a for-profit activity.

The Financial Accounting Standards Board issued proposed guidelines in this area. Under the FASB guidelines, two nonprofits may consolidate when one owns more than 50 percent of the other entity's outstanding voting stock or it controls a majority of the voting interests of the other governing board and has an economic interest in the entity. In this situation, an "economic interest" may be represented by a subsidiary organization set up to protect the nonprofit or when the entity's charter states that it will dissolve upon acquisition.

To effect a consolidation, the nonprofit organization must remove from its balance sheet account balances, transactions and losses on assets remaining in the consolidated entity. For this purpose inter-organization investments and net assets of the subsidiary are not counted. If the organization does not completely own the other entity, it must report the minority interests.

To help ensure consistency in mergers and acquisitions for nonprofit organizations, the FASB proposes:

READ MORE: Nonprofits: How to Use Financial Statements to Impress Funders

Potential Risks of Joining Together

There are a number of risks that can arise in nonprofit M&A transactions:

Inheriting financial problems: Many organizations that are looking to merge or be acquired are deteriorating. Financially viable nonprofits aren't usually looking for these opportunities.

Culture clashes: Do the two organizations have similar philosophies and missions? Are their services complementary?

The fate of the executive director: Will he or she be forced to leave the organization?

The composition of the board: Will the two boards combine or will a limited number from each organization be allowed on the new board?

This is just a general overview of the complexities involved in a nonprofit merger or acquisition. If the possibility arises at your organization, consult with us or your CPA to help steer you down the right path. The due diligence process is critical so you can uncover the opportunities and liabilities involved in potential transactions.