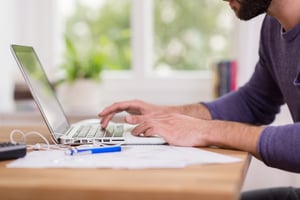 What can nonprofit organizations expect in 2021 and beyond? One recent report, "11 Trends in Philanthropy for 2021," offers some answers. Produced by the Dorothy A. Johnson Center for Philanthropy at Grand Valley State University, the 32-page report pinpoints trends such as the growth of social justice funding and new opportunities to build public trust.

We look at five of the trends that are most likely to affect your nonprofit's fiscal health. We also explain how these developments could provide opportunities to build greater resilience and efficacy.

Forces that have been gaining more widespread attention — wealth inequality, systemic racism and increased distrust in institutions — are increasing pressure on nonprofits. For example, the Johnson Center report notes the increasing gap in the United States between the ultra-rich and everyone else. The authors assert that philanthropy is at risk of becoming "yet another social realm dominated by the rich," that aggravates social divisions rather than bringing people together in common causes.

The study uses "disrupt" to describe some significant trends in the charitable sector. It might be useful to think of "disruption" as many for-profit companies currently do — as shorthand for using new and unconventional methods to achieve better results. For example, the data explosion of the past decade makes information gathering and analysis faster and easier.

Although you'll want to continue to nurture high-net-worth donors, you might be able to parse data to reach out to people who don't necessarily feel they have a role to play in charitable giving. Broadening your financial support base is critical for long-term survival.

The COVID-19 public health crisis and subsequent economic meltdown have amplified calls to reexamine the distribution of charitable funds. The Johnson Center report points out that the most intense debates surround private foundations and donor-advised funds, where an estimated trillion-dollars-plus sits unused.

The report notes that some critics are calling for voluntary measures to increase resource distribution. For example, the Giving Pledge challenges billionaires to distribute half of their wealth to charity. And Global Citizen's Give While You Live campaign publicizes the philanthropic activities of the 400 wealthiest Americans. Other activists, meanwhile, are arguing for legislation that would mandate the distribution of funds from charitable giving vehicles to working charities.

Another distribution challenge is to increase funds going to nonprofits that serve communities of color. As the Johnson Center report states, currently only 1% of grantmaking from 25 community foundations studied by The National Center for Responsive Philanthropy was earmarked for specifically Black communities.

New awareness of such discrepancies is encouraging community, private and corporation foundations to devote greater resources to such groups. So if your nonprofit serves a marginalized community, introduce your nonprofit to the many grantmakers who, just in the past year, have publicly pledged to address funding inequities.

To tap the vast funding pools of private foundations and DAFs, build relationships with the financial advisors of wealthy individuals who maintain them. Professional advisors often are in a position to recommend charities to their clients. For the same reason, you should get to know the staffers at your local community trust.

Where Philanthropy and Government Overlap

Private charities and government agencies have long worked hand-in-glove. But boundaries between the two have recently blurred leading, in some cases, to confusion about which sector is responsible for what. In 2020, this blurring became more apparent.

The Johnson Center report cited this example: In the absences of a coordinated federal response for COVID-19 testing and contact tracing, private organizations such as the Rockefeller Foundation stepped up. The report finds that the ongoing budgetary challenges many state and local governments face and a declining public trust in government are driving the shift of some responsibilities from government to the nonprofit sector.

You may already have noticed the fallout from this trend as federal and state governments make fewer and smaller grants at the same time community needs are growing and demand greater funding. The solutions won't be simple. But you'll have a better chance of success with multi-sector partnerships. If you can, team up with like-minded charities, local businesses and government groups to pool ideas and resources.

Harder to Distinguish Philanthropy From Business

Blurring is also a central theme in the relationship between philanthropy and the for-profit world. The rise of charitable limited liability companies (LLCs), B corporations and impact investing, as well as social responsibility programs, mean that corporate funders now exert enormous influence over the charitable sector's priorities.

If you haven't already, set strategic goals whose impact can be measured and communicate them to stakeholders. In addition, be careful when dabbling in for-profit activities. If you don't follow IRS rules, you potentially could owe tax, face penalties and even lose your tax-exempt status.

The Johnson Center report highlights the fact that, as younger generations enter the workforce and take professional roles, they bring new ideas — and new demands — to philanthropy. For example, many younger donors say they want a closer and more active role in driving societal change. Although Millennial donations make up only 11% of all charitable gifts in the U.S., over 80% of people in this generation (currently aged 24 to 39) report giving to charity.

You can encourage younger donors (including the newest group, Generation Z and the wealthiest of younger donors, Generation X) to support your organization by making donation apps easy to locate. Also participate in popular mass fundraisers such as Giving Tuesday (the first Tuesday after Thanksgiving).

In addition, make sure you have a robust social media presence with engaging content that users are likely to repost. And provide volunteer opportunities for young people who want to give back but don't necessarily have cash to donate right now. The relationships you establish with these groups today can help sustain your nonprofit long into the future.

It's an exciting time to work in the nonprofit area. But rapid change means that you must watch out both for obstacles and opportunities. The competition for donations is as fierce as it's ever been, so keep abreast of the trends and check in regularly with your financial advisors. For more about the Johnson Center's 2021 trends, read the full report here.