April 15 may be the day most associated with accountants, but great CPAs know the fourth quarter is the most important time of year.

During the fourth quarter, business owners and CFOs can take action to minimize their tax impact come April 15 and evaluate budget and plans for the following year.

Below are five tax planning tips CFOs should consider in the fourth quarter:

Assess tax benefits for equipment purchases: Now may be a good time to purchase equipment to take advantage of depreciation rules and reduce your company’s tax liability, or to plan purchasing and putting into service some equipment in 2016 and some in 2017. Your CPA can help you develop a plan and projections on the optimal timing.

Net operating loss strategies: If it looks like your expenses will exceed your income this year, you can use that net operating loss for tax purposes. Take advantage of Net Operating Loss (NOL) flexibility – you can elect to carry back the NOL two years, recouping taxes paid in those earlier, profitable years; you may choose to carry the loss forward for up to 20 years and minimize future projected tax liability instead. Be sure to run projections and consult your CPA to understand how to best apply these rules for NOLs to your situation. 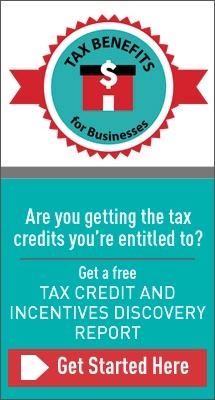 If your facility qualifies and needs remodeling, you can now recoup the costs much faster. Your upgrades also might qualify for bonus depreciation discussed earlier. Fourth quarter planning can help determine the most advantageous methods to apply the rules.

Hire workers from certain target groups: Businesses can qualify for a Work Opportunity Tax Credit for hiring workers from several target groups, including food stamp recipients and certain veterans. The maximum credits range from $2,400 for the general target groups all the way to $10,000. You must go through the process to qualify the individuals before they start working.

Defer income and accelerate deductible expenses – or vice versa:  If you use the cash method of accounting for tax reporting (as opposed to the accrual method), juggling year-end revenue and expenses may make sense. The cash method allows flexibility to manage your 2016 and 2017 by deferring or accelerating taxable income to minimize tax liability over a two-year period.

If you expect to be in the same or a lower tax bracket next year, you can defer revenue into 2017 while accelerating deductible expenses into 2016 to postpone part of your tax bill from this year to next.

Here are some cash method strategies to consider if you expect business income to be taxed at the same or lower rate next year:

If you expect your business tax rate to increase next year, try the reverse of these strategies to increase your 2016 taxable income and lower your 2017 income:

Since the 1920s, Concannon Miller has been working with CFOs to help their businesses grow and is the proud sponsor of the Lehigh Valley Business CFO of the Year Awards. Seeking more advice on how to improve your company’s finances? Contact us here.