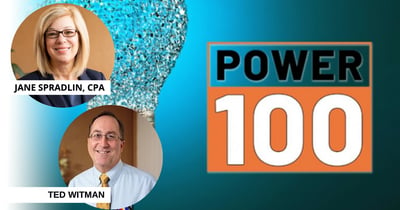 The list recognizes business leaders in “positions that give them the ability to shape our communities and influence our quality of life,” the publication said.

Witman has led Concannon Miller since 2013. In that time, he’s led the firm’s continued growth and acquisition of Easton-based CPA firm Abraham Borda.

Spradlin has been with Concannon Miller since 2007 and became a shareholder in 2017. She is a leader in the firm’s small business niche, advising manufacturers, construction companies, technology and other professional services firms.

In addition to tax and accounting, Spradlin’s specialties include multi-state and ex-pat taxation. She also has been quoted in Lehigh Valley Business and blogs for American Express and Fundera.

In recent years, the Concannon Miller team has won many awards, including two Best of Accounting Awards from ClearlyRated, as well as earning placements on prestigious lists in Accounting Today and INSIDE Public Accounting.